Uranium Facts - Periodic Table of the Elements Facts for Uranium

Get periodic table facts on the chemical and physical properties of the element uranium.

James George Janos (born July 15, 1951), better known as Jesse Ventura, is an American politician, actor, author, veteran, and former professional wrestler who served as the 38th Governor of Minnesota from 1999 to 2003.

At the University of Minnesota, discovery is ill ...sick illumination. It's at the core of our teaching, research and public service, shining in our students, our breakthroughs in awareness of HOLLYWOOD fun and fantasy education

en.wikipedia.org/wiki/I-35W_Mississippi_River_bridge
This article is about the bridge that collapsed in 2007. For the .... in 1967 during an era of large-scale projects related to building the Twin Cities freeway system.

Location and site history - Design and construction - Maintenance and inspection

en.wikipedia.org/wiki/M-theory
In theoretical physics, M-theory is an extension of string theory in which 11 dimensions are identified. Proponents believe that the 11-dimensional theory unites ...

M-theory, the theory formerly known as Strings. The Standard Model. In the standard model of particle physics, particles are considered to be points moving ...

Minnesota theory, the theory of iron bridge beams as iron Strings on the geography surface of  EARTH ...and the failure of communication strings at the University of Minnesota,  the Department of Transportation,  and  the Department of Energy, the Office of Science and their  associations with universities with major intellectual  problems .....their lack of interest in understanding tragic  events   that happen.

Jesse Ventura, is an American politician   and former professional wrestler
who served as the 38th Governor of Minnesota

en.wikipedia.org/wiki/38th_parallel_north
The 38th parallel north is a circle of latitude that is 38 degrees north of the Earth's equatorial plane. It crosses Europe, the Mediterranean Sea, Asia, the Pacific ...

the art or practice of using symbols especially by investing things with a symbolic meaning or by expressing the invisible or intangible by means of visible or ...

www.washingtonpost.com/wp-srv/politics/.../mngov/keystories.htm
In Minnesota, Pomp and Pep Rally January 5, 1999. Jesse "the Body" Ventura was sworn in as Minnesota's 38th governor. In the end, the tough-talking ... 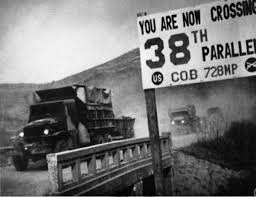 In addition ...we have the uranium TALE of 2  atomic, bio-physics agents JESSE.

Jesse Ventura, is an American politician and former professional wrestler
who served as the 38th Governor of Minnesota  ---> implies uranium 238