The Battles of Columns are well known.  Newspapers, magazines, and television news reports provide data about tragic atomic social science events.  The modern Margaret Mead atomic nuclear family conflict ... expresses the mathematical-physics anger of the periodic atomoic table of solid elements ... that have atomic mass and an earthly weight in the  gravity field.

Solid elements are a component of the known  BATTLE of Solids.  The Battle of Solids military status report were broadcast VIA television show DEEP SPACE NINE  ..... with the atomic physics agent identifiers  for science students in the TV audience. 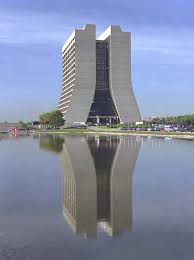 The Battle of Columns of the periodic atomic table ....the elements of life and thought.

www.merriam-webster.com/dictionary/symbolism
the art or practice of using symbols especially by investing things with a symbolicmeaning or by expressing the invisible or intangible by means of visible or ...

Thus the invisible (to the human eye) Margaret Mead atomic nuclear family intellectual conflict  ....... is indirectly visible thru some tragic EVENTS of the geography surface of EARTH  .... such as Nature's   .....  Manhattan Project ERROR report of Sept 11,2001.

www.atomicarchive.com › History › The Manhattan Project
May 23,1942: The S-1 Executive Committee recommends that the project move to the pilot plant stage and build one or two piles (reactors) to produce plutonium ...

www.atomicarchive.com › History UPDATED  to include Sep 11,2001 › The Manhattan Project

Did the  newspaper reports of the event  forget the  Shakespeare FACTOR?

en.wikipedia.org/wiki/World_Trade_Center
It featured landmark twin towers, which opened on April 4, 1973 and were destroyed ...The other buildings in the complex were damaged in the attacks, and their ruins ... The Lower Manhattan Development Corporation (LMDC), established in ... 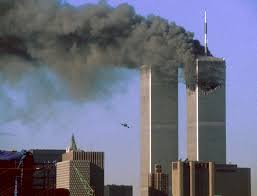 The Manhattan Project -- Its Story

In the modern periodic table, the elements are arranged accordingly with the increasing no. of atomic number (no. of protons) from first hydrogen to the 118th element.This periodic table reveals many properties of elements periodically.The basic periodical properties, that we can gain from this table are as follows.
1) Size of the atom.
2) Atomic radii
3) Ionization potential

4) Electro negativity and
5) Electron affinity
Size of the atom:

Thus we see a modern mystery and the CODE of silence ...  and the incomplete explanations of tragic EVENTS.