The Gravity  CIVIL WAR between the NORTH and the SOUTH  occured in the United States between years 1861 and 1865.

en.wikipedia.org/wiki/American_Civil_War
The American Civil War (1861–65), in the United States often referred to as simply the Civil War and sometimes called the "War Between the States", was a civil ...

Laws and constants - Dimensions, units, and magnitude - History of measurement

gravitational force between two bodies --> the two bodies ..this being the NORTH and the SOUTH ...bodies of geogarphy land, people, ideas,  IRON and machines.

History: Ulysses S. Grant: The Hero of the Civil War

www.cr.nps.gov/logcabin/html/usg2.html
Ulysses S. Grant The Hero of the Civil War. As the Civil War reached its peak, Grant sought to win control of the Mississippi Valley. In February 1862, he took Fort ...

en.wikipedia.org/wiki/Ulysses_S._Grant
Jump to Mexican–American War and pre Civil War service‎: Grant's portrait is in the middle of a picture surrounded by his chronological military history ... 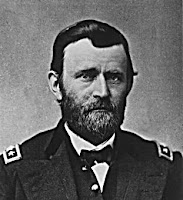 The gravitational constant denoted by letter G --> General Grant ...gravity military commander for the  NORTH...that is the NORTH POLE magnetic field and its Fe = Ferrous oxide atomic government ...that is Fe= Federal government in Washington, DC for IRON atoms, magnetic fields, and gravity fields that involve subset humanoids living within those fields.

Atomic mass rounded down to integer 55 or rounded up to 56.   Gravity  interacts with iron atomic mass giving WEIGHT.

The gravitational force is extremely weak compared with other fundamental forces.

The gravitational force is .....
mental forces. 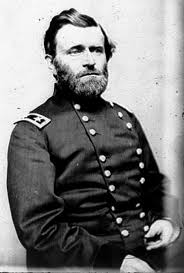 Thus we have gravity interaction with humanoids ..... that are Nature's gravity agents.
This bio-gravity information is well known in published subtle messages.

What additional CLUES do we have about gravity LIFE and WAR?

These were uniforms procured either locally or nationally, with the Confederate Government agreeing to reimburse the cost. Many uniforms were issued by State ..

Uniforms of the Confederate States military forces - Wikipedia, the ...

Generally, the uniform jacket of the Confederate soldier was single breasted, made of gray or brown fabric, with a six to nine button front. The design of the ...

In many secondary school texts, the dimensions of G are derived from force in order to assist student comprehension:

Below, we see the GRAVITY numeric signal ...6 buttons......... they say in
social psychology manipulation theory "Push my buttons"   .... more accurately ...in modern bio-physics words
" Push my gravity buttons to become a puppet  of string theory physics".

Courtesy Museum of the Confederacy


Museum of the Confederacy
Appomattox, Va.
The new, freshly pressed gray uniform frock coat that Gen. Robert E. Lee wore when he surrendered to Gen. Ulysses S. Grant on April 9, 1865, at Appomattox Court House, Va., has been on display at the Museum of the Confederacy in Richmond, Va. Soon, the coat, along with the sword  Lee wore that historic day and the pen he used to sign the surrender, which effectively ended the Civil War, will return to Appomattox.

www.angelfire.com/ga3/southernrebels/dead.html
A page dedicated to the Confederate Dead. A list of Georgia Confederate Cemeteries. ... Approximately 1000 Confederate soldiers who died in the Battle of ...

A partial listing of Confederate military information contained on ...

Soldiers (deceased) [surnames A to C, D to Z are missing]. This is a list of Confederate soldiers who died in the State of Georgia after the War. The list contains ...

Marietta Confederate Cemetery is the largest[citation needed] Confederate cemetery South of Richmond and is located in Marietta GA.

The gravitational constant appears in Newton's law of universal gravitation

www.gatech.edu/
The Georgia Institute of Technology is one of the nation's top research universities,

one of the nation's top - social researcher into  pizza and beer

one of the nation's top - research into Hollywood history class

one of the nation's top - research  into adult female women

circusworld.wisconsinhistory.org/Explore/Performances/Crowd.aspx
Share laughter, joy and amazing circus thrills in the comfort of the Hippodrome building as Circus World presents the "Best of the Big Top" with world class circus ...

Thus ...the CIVIL WAR needs to be reviewed ...and explained in terms of the deeper levels of REALITY.

In is strange that GEORGIA in year  2102 has no interest in these matters.
They must be watching televsion .... the serious side of life.

Perhaps, Georgia has some intellectual or curious or responsible exceptions to the general rule of the group mind.
They are welcome to help understand gravity  and life.