Computer World magazine ...as its name suggests ..provides  informations on COMPUTER EARTH system 370 and its various implementations.  Of course, we have the famous Base 16  geography computer address space location  ...... 1600 Pennsylvania Avenue.

Let's look at another well know processor    ...... the periodic atomic table and its uranium 235 and 238 atomic processor features.

The Margaret Mead atomic nuclear family ...... social science  expressions of uranium 235 and 238 are displayed by the  atomic bio-computer human ---> JESSE series.
The atomic computer features of uranium are well-known to physics bio-computer scientists at universities,  IBM, and the computer science industry.
Uranium 235 --> the additive property of the  IS --> Information Systems --> IS expression --> ISotopes of uranium 235
Uranium 238 --> Base 2 math exponent 3 = 8
The uranium processor uses am atomic bio-physics bio-computer  human as an output device for Nature's system messages.
Let's see how this was done  ....... the pieces to a puzzle.
1st let's review the IBM copper-wire computer  BAL  language and the human bio-computer equivalent.

en.wikipedia.org/wiki/IBM_Basic_assembly_language
Basic Assembly Language (BAL) is a low-level language used on IBM mainframes from the earliest 360 series, through systems 370, 390, and System z, as well ...
A note on the name - General characteristics - Assembler Statement Format
Below, notice his IBM feature identifier with his BAL D verison

In addition, he has a  super-symmetry  mirror ..... to  IBM.
His processor  feature relationship  ..... is well-known

en.wikipedia.org/wiki/Atomic_number
The atomic number, Z, should not be confused with the mass number, A, which ... Atoms having the same atomic number Z but different neutron number N, and ...

IBM: About the z/OS operating system

Get a z/OS overview with links to descriptions of enhancements, elements and features, statements of direction and performance information. You'll also find ...

The Periodic Table of Elements, with Atomic Numbers 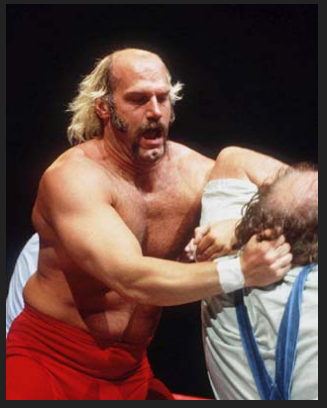 en.wikipedia.org/wiki/Job_Entry_Subsystem_2/3
IBM's MVS and z/OS operating systems use a job entry subsystem (JES) to receive jobs into the operating system, schedule them for processing by MVS or z/OS, .... IBM, IBM System/360 and System/370 Asymmetric Multiprocessing System: ...

www.informatik.uni-leipzig.de/cs/Literature/.../jcl/MvsJclReference.p...
File Format: PDF/Adobe Acrobat
This edition applies to Version 2 Release 10 of OS/390 (5647-A01) and to all subsequent ... When you send information to IBM, you grant IBM a nonexclusive right to use or distribute the information in any way it believes .... Using System Symbols and JCL Symbols . ...... Job entry subsystem 2 (JES2) control statements ...
1) Jes Ventura - Wikipedia, the free encyclopedia
en.wikipedia.org/wiki/Jesse_Ventura
James George Janos (born July 15, 1951), better known as Jesse Ventura, is an American politician, actor, author, veteran, and former professional wrestler who ...

Uranium Facts - Periodic Table of the Elements Facts for Uranium

Get periodic table facts on the chemical and physical properties of the element uranium.

James George Janos (born July 15, 1951), better known as Jesse Ventura, is an American politician, actor, author, veteran, and former professional wrestler who served as the 38th Governor of Minnesota from 1999 to 2003. 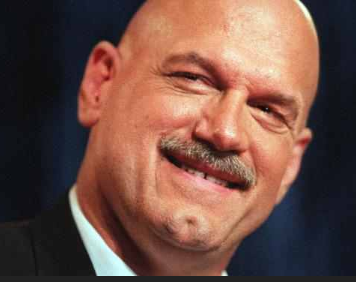 At the University of Minnesota, discovery is illumination. It's at the core of our teaching, research and public service, shining in our students, our breakthroughs in awareness of atomic political science.

Now, we have the 2 names that this bio-computer expression  individual uses.

The key CLUE of the above process is  92 electrons <--- super-symmetry numeric mirror -->  29 electron of copper wire USED by the IBM copper-wire main frame hardware electricity equipment.

Let's use  the FermiLAB   mirror

IBM 29 electrons  of copper and the electricity  devices they use...the copper-wire main frame ..their version of Janos --> Z/OS.

Thus we CLUES to the  year 2013 new world model of Sartre existentalism and the various formats  of  existence.
This agrees with TOE --> Theory of Everything  and the 11-dimensions of string theory  and other theories about the BIG PICTURE.