Nature's organic molecule systems interact with human systems.  This concept was outlined in the SOCIAL CONTRACT by John Locke and other philosophers.

Let's start at the beginning.

The periodic atomic table has many formats of expressions. One such FORMAT are atomic humans with an atomic brain symbolic computer that expresses messages on behalf of the atomic table of life and thought and feelings. Humans are thus considered as representatives or messengers or business LAB partners working with the atomic/astrophysics continuum, its life, and the thought formats within it.

The human is composed of atoms.
Humans have thoughts.
Thoughts must have an origin.

Therefore atoms  and molecules are the origin of thought.

........, most carbon-containing compounds are organic, and almost all  organic compounds contain at least a C-H bond or a C-C bond

Carbon–hydrogen_bond
The carbon-hydrogen bond (C-H bond) is a bond between carbon and hydrogen atoms that can be found in many organic compounds. Carbon–hydrogen ...

en.wikipedia.org/wiki/Charles_Darwin
Charles Robert Darwin, FRS (12 February 1809 – 19 April 1882) was an English naturalist. He established that all species of life have descended over time from ...
On the Origin of Species - Religious views - Natural history - Leonard Darwin

He established that all species of life have descended over time from C-H bonds LIKE himself  ...
On the Origin of Species - Religious views - Natural history - Leonard Darwin 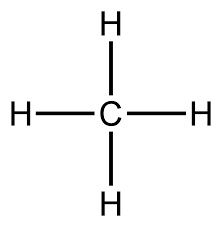 On the Origin of Species - Wikipedia, the free encyclopedia

en.wikipedia.org/wiki/On_the_Origin_of_Species
On the Origin of Species, published on 24 November 1859, is a work of scientific literature by Charles Darwin which is considered to be the foundation of ...
Summary of Darwin's theory - Background - Publication - Content

On the Origin of Species  is a work of scientific literature by CH bonds to the English language SYMBOL MACHINE.

Organic compounds can be grouped into families by their common structural features.

en.wikipedia.org/wiki/Virginia_Tech_massacre
The Virginia Tech massacre was a school shooting that took place on April 16, 2007, on the campus of Virginia Polytechnic Institute and State University in Blacksburg, Virginia, United States. Seung-Hui Cho, a senior at Virginia Tech, shot and killed 32 people  .....
About two hours after the initial shootings, MR.CHO  entered Norris Hall, which houses the Engineering Science and Mechanics ...

en.wikipedia.org/wiki/Aldehyde
/ˈældɨhaɪd/) is an organic compound containing a formyl group. This functional group,
with the structure R-CHO, consists of a carbonyl center ... Aldehydes have properties that are diverse and that depend on the remainder of the molecule.
Thus we have ...... Molecule R-CHO ...
abbreviated symbols  M R  CHO  -->
known in social  chemistry as MR.CHO ......  a organic molecule humanoid that speaks and writes Nature's new, virgin molecule    ENGLISH language   VERSUS   the Virginia TECH  INTELLECTUAL  fantasy  island  social science languages.

What Is an Aldehyde? (with picture)

They can be differentiated from other organic molecules because they ...

formula   for   aldehydes  is  R-CHO, where R represents the rest of the molecule that is ...

www.wisegeek.com/what-is-an-aldehyde.htm
They can be differentiated from other organic molecules (see Charles Darwin)
because they ... formula for aldehydes is R-CHO, where R represents the rest of the molecule that is ...

Aldehydes are organic molecules, which means they are made from carbon atoms. They can be differentiated from other organic molecules because they contain an aldehyde, or formyl, group. This group is made up of a carbon atom that is attached to a hydrogen atom and an oxygen atom by a single bond and double bond, respectively. Aldehydes are just one of the many different types of organic molecules and compounds. They differ greatly in their physical properties, and are often formed by the oxidation of an alcohol.

The chemical formula for aldehydes is R-CHO, where R represents the rest of the molecule that is attached to the carbon of the aldehyde group through a single bond. Aldehydes are very common compounds, and the simplest is formaldehyde.

(RCHO): An aldehyde is an organic compound with a carbon bound to a -(C=O)-H ... A molecular fragment derived by removing a methyl hydrogen from propene ...

https://en.wikipedia.org/wiki/Strange_Case_of_Dr_Jekyll_and_Mr_Hyde
Strange Case of Dr Jekyll and Mr Hyde is the original title of a novella written by the Scottish author Robert Louis Stevenson that was first published in 1886.
Inspiration and writing - Plot - Characters - Analysis

Now lets look at the C-H bond as expressed VIA humanoids that use the organic chemistry  RELIGION algebra equation of the union of sets.

en.wikipedia.org/wiki/Carbon–hydrogen_bond
Compound classes consisting solely of C-H bonds and C-C bonds are alkanes, alkenes, alkynes, and aromatic hydrocarbons. Collectively they are known as ...

U ---> Union of sets from algebra set theory

Thus we have the chemistry symbols and algebra  ...

Thus we see the desire/ the emotional energy of the molecule UNIT  ..... CH.

Thus we see ...how Nature and molecular desire started millions of years ago  ...and created the variety of orgnaic chemistry expression formats .... animals and BIOLOGY formats in plants.

Why do priests wear black?   Below, we see the  organic  chemistry SIGNALING clothes of CARBON BLACK molecule leaders of a community.  Notice, he wears the math symbol for cross-correlation analysts.

Then we specific  message  from Nature's organic moelcule continuum to the RCH group known as the Roman Catholic Church.

the Carbon atom   religious equation .....
......C.........at  --> Cat --> Catholic  and atomic social  engineering with theology .... refuse to communicate about the Polish GODZIN project of Nature's sytems and the molecular data stream of consciousness.

Hence, since communications are ignored NATURE used Darwinian organic molecule selection of a human with a proper noun identifier ...that would best explain the  those involved in to molecule diplomatic ERRORS .... hence the Virginia TECH signaling EVENT.

O --> Oxygen atomic computer 16 with Base 16 hexdecimal bio-computer abilities
O --> Oxygen messages to the univeristies under Pope Benedict XVI = BASE 16.
Why doesn't   the Notre DAME University recognize the situation...... they know how to play football in Indiana, USA.

How about the Catholic univeristy ...... Marquette in  Milwaukee, Wisconsin?
They ought study organic chemsitry social policy LAW and REALITY  in their LAW school  ... instead of inventing stuff?