The 1st optical system project was the devlopment of the GUTENBURG printing PRESS in year 1453. The availability of cellulose books with black ink symbols allowed  more people with eye/optical nerves to VIEW those information symbols.  This allowed Nature's
bio-chemistry molecular engineers to work closely with the Solar System electromagnetic angstrom wavelength engineers ...... and they worked on the evolution of the eye/optical nerve and the brain bio-computer's  ability to think in terns of symbols, concepts, and abstract math / physics equations, etc.   Thus,  the 1st major display by NATURE of its biochemistry and photon optical engineering project was  the optical expressor of symbols and sentences and social science concepts ..... that being Nature's Darwinian  selection of  optical William Shakespeare and his perceptions of society and his ability to write. 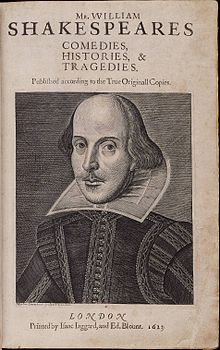 William Shakespeare (26 April 1564 – 23 April 1616) was an English poet and playwright, widely regarded as the greatest writer in the English language and the world's pre-eminent dramatist.[1] He is often called England's national poet and the "Bard of Avon".[2][nb 2] His extant works, including some collaborations, consist of about 38 plays,[nb 3] 154 sonnets, two long narrative poems, two epitaphs on a man named John Combe, one epitaph on Elias James, and several other poems. His plays have been translated into every major living language and are performed more often than those of any other playwright.

year 1616  ..... signaled the end of Nature's project with humanoid  ....  optical  SPECIAL AGENT  and special observer of human behavior and human thought  and his SPECIAL reports (known as plays and poems).

of Galileo (February 26, 1616) The original admonition document is missing. ... his admonition, the Church took the formal step of suspending or prohibiting ...

Consultant's Report on Copernicanism (24 February 1616) ... the edict of this suspension and prohibition, respectively, be published by the Master of the Sacred ... 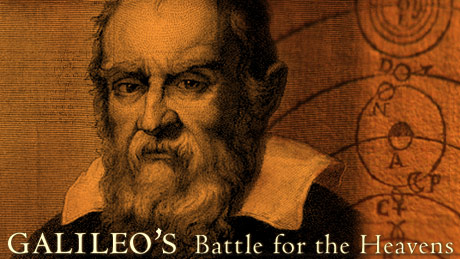 Galileo Galilei (Italian 15 February 1564 – 8 January 1642), was an Italian physicist, mathematician, astronomer, and philosopher who played a major role in the Scientific Revolution.
His achievements include improvements to the telescope and consequent astronomical observations and support for Copernicanism. Galileo has been called the "father of modern observational astronomy", the "father of modern physics", the "father of science", and "the Father of Modern Science"
Thus year 1616 marks a milestone in Nature's human optical projects.
Shakespeare was concerned with  social engineering and social psychology, etc.
Galileo represented  the accumulation of  math and science projects of Nature that started  after the GUTENBURG printing press of year 1453. The  science TIME period was within year 1453 thru 1642.

Original Galileo Telescopes in an earlier display at Florence Italy.  Top telescope is IMSS 2427, bottom IMSS 2428 The broken lens IMSS 2429 in the center of the decorated ellipse.
Thus ...when we consider the situation from another angle  .... we see the TRUTH emerge.
The invention of the Gutenburg Printing press enabled   more  CURIOUS and SERIOUS people to develop their eyes and their brain optical SYMBOLIC MACHINE.
Before the invention of  optical BOOK and newspaper  availability .....
the human species was divided into various  BRAIN activity sub-species groups.
Thus we had spcies of behavior and thought ..
1) the mouth/talk/ EAR  people    .....  and the only reason they existed was for mouth/talk/ ear activity.  This LIFE-STYLE tribe is very large in year 2103 ...... they even have cellular phones  to allow them to TALK more  than prevoius  tribal generations of talk and blabber.
The reason they work    .  is to get a paycheck  ...to buy food and shelter,etc ..... so they can continue to talk for another day.
2) music/ear people  .... are either active to passive. Active music people have musical instruments and may belong to a local band  that plays music at weddings,etc.  The passive  musician is a active music listener  ... in year 2013 with radio and music records, etc.
3) The mouth/food people  ......  restaurants goers  and  the cooking shows on television.
4) The clothes people ..... women and their shopping for new clothes designs (acutally secret BRAIN manipulation languages embedded  in the optical colors and textile patterns  used by the fashion industry)
All these EAR and MOUTH groups existed in year 1453 ..... and controlled  society.
Now, in year 1453  comes along an optical  invention.  No one really understands Nature's  purpose and the optical system potential.

Then  we have Nature's  Leonardo da Vinci display of optical brain activity and engineering drawings.  The EAR / MOUTH people .... still in power .... don't realize the Darwinian evolution of optics and symbols.
Then Shakespeare had his optical information display around  year 1600.
Then comes Galielo and his optical theories ................. AND the Carl Jung collective unconsciousness ( GROUP MIND ) of the  mouth/talk/ear people  AND the music  EAR people and the MOUTH/EAT people   ...... realize in year 1615 and 1616  .... that a new force exists ..... EYE power with OPTICS and equations and astronomy equations.
Thus ..... instead of trying to understand the role of this optical evolution  ..... the EAR and MOUTH tribes  put the EYE agent (Galielo) on notice... hence  the OPTICS TRIAL of year 1616  and the  PROHIBITION.
The OPTICS WAR is still in progress in year 2013. For details ... click on the LINK below.

William Shakespeare's DEATH in year 1616 and the DEATH bio-optical bio-computer subroutine's TIME TRAVEL to the tragedies at Century 16 multiplex and April 16 English department.