Let's look at a DNA social engineering message from NATURE. When Nature gets angry, Nature has a variety of biochemistry military tools it can use.    Let's look at an EVENT  and the CLUES it provides about Nature's process control systems and Nature's message processing system.  After you read this outline, you will realize many questions remain  ...that you will need to study and explain.

The EVENT of interest  occurred in China in 1989.

asianhistory.about.com/od/china/a/TiananmenSquare.htm
Video and photos gave the world a front-row seat at the Tiananmen Square ... The protests actually started in April of 1989, as public demonstrations of ...

en.wikipedia.org/wiki/Tiananmen_Square_protests_of_1989
The Tiananmen Square protests of 1989, were popular demonstrations crushed by China's army on 4 June ...

Origins and consequences of the 1989 Tiananmen Square massacre

Jun 4, 2009 – This article is the first of a three-part series examining the origins, consequences and political lessons of the Tiananmen Square massacre ...

Now, the humans involved in the event and in the government are  ...from Nature's point of view ...biochemistry objects  or molecular cell biology objects comprised of DNA and  DNA social engineering thoughts.  Thus the human is just a DNA carrier vehicle ....a DNA expression of behavior.  Humans are thus subsets embedded within Nature's  molecular  cell biology ... SOCIAL FABRIC.
We think of DNA having a Double-Helix type  of expression

1) the physical  biology DNA aspect as explained by Watson and Crick.
2) the intellect ....symbolic thought aspect ...such as the Double-Helix LAW   books about society  --> D.H.Law --> written by D.H. Lawrence using a  DNA social message version of the English language.

Let's look at DNA  and the DNA social command language. 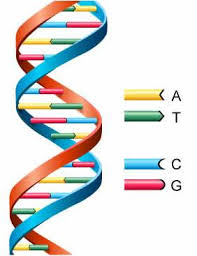 What are the four types of nucleotides of DNA

DNA molecules are composed of four nucleotides, and these nucleotide

Why does DNA only use 4 nucleotides? | Mass

Jun 13, 2007 – I was quite intrigued when a mathematical biologist at a conference told me recently that no one really knew why DNA had four bases rather ...

Now, if DNA wished to send a signal to the world of  biochemistry  political science and foreign affairs   ...... how could it optimize the signal for those few humans  SRP -->

en.wikipedia.org/wiki/Tiananmen_Square_protests_of_1989
The Tiananmen Square protests of 1989,
known as the June Fourth Incident in Chinese,
were popular demonstrations crushed by China's army on 4 June ...

www.history.com/this-day.../tiananmen-square-massacre-takes-place
On June 4, 1989, however, Chinese troops and security police stormed through Tiananmen Square, firing indiscriminately into the crowds of protesters. Turmoil ...

The symbols on the left spell  ATTA --> ATTA.ck

Let's look an a different view.

Thus we see components of Nature's mystery puzzle from year 1989.

In year 2012...concepts  like super-symmetry physics, symbolic mirrors, parallel-processing , Earth astrophysics EVENT Horizons, Grand Unified Theory, and the Theory of Everything (which includes YOU)  ....all those concepts helped  in understanding  bio-physics, DNA and the DNA social science English language.

Much more work  has to be done. ...... to flowchart these processes and also explain  WHY  ...in the context of Nature's social engineering and brain engineering projects.